FIRST IN TIME, FIRST IN RIGHT

How did an 1879 water conflict in the Left Hand Creek headwaters come to influence water law in nine western states? Not long after the 1859 Colorado Gold Rush, farmers began settling on the plains near today’s Longmont and Boulder. To irrigate their crops in the semi-arid environment, they drew water from the creeks flowing down from the mountains.

By 1860 farmers near Haystack Mountain had filed for water rights on Left Hand Creek and received Court decrees approving them. In the dry summer of 1863 Left Hand Creek dried up. Joseph Jamison and Porter Pennock investigated and found a place, 0.7 mile west of the Peak to Peak Highway near Ward, at the headwaters of James Creek (a Left Hand Creek tributary), where they could construct a short (0.3-mile) ditch to divert water from South St. Vrain Creek into James Creek.

The Left Hand Ditch Company obtained a water right to construct the ditch, which became the first inter-basin water transfer in Colorado. Over the next few years the ditch was enlarged and a small dam was built across South St. Vrain Creek. 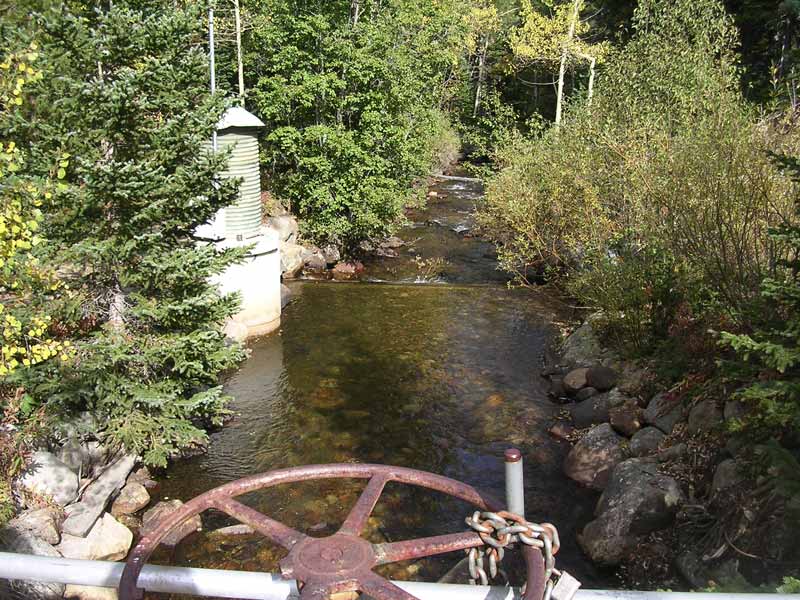 This ruling laid to rest the idea, which had originated in England and the eastern States, that streamside (riparian) landowners automatically have a right to use the water in the stream. Instead, it solidified, once and for all, the Prior Appropriation (or “Colorado”) doctrine as the basis for water law in Colorado.

Following Colorado’s lead, eight other western States: Arizona, Idaho, Montana, Nevada, New Mexico, Utah, and Wyoming incorporated the Colorado doctrine into their water laws, echoing the call of “First in time, first in right”. And to this day, most of the time the Left Hand Ditch Company continues diverting South St. Vrain Creek water into this historic ditch and hence into James and Left Hand Creeks. 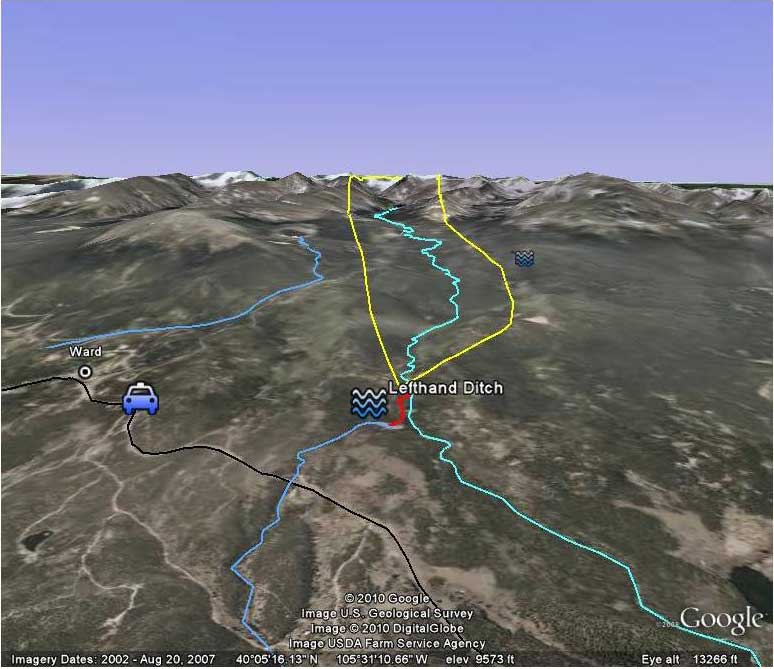