Approximately 12 mines were operated in the headwaters area of the Left Hand Creek watershed by the early 1900’s. Each mine can involve a labyrinth of tunnels and shafts that extend in many dimensions and levels below ground. By 1934, the Captain Jack Site was built as a central hub for many surrounding mine workings. From the Captain Jack Big Five adit, several cross-connecting tunnels were constructed between several mines originally acquired by the Big Five Mining Company and later operated by Captain Jack Ltd. These tunnels were used primarily to support more efficient movement of ore, equipment, and workers in and out of the mines. They also served to cross-connect the mines with respect to surface and groundwater flowing into and through the mines, as well as air. For example, ground water from the Columbia and Dew Drop workings would flow to the Captain Jack Big Five Tunnel. 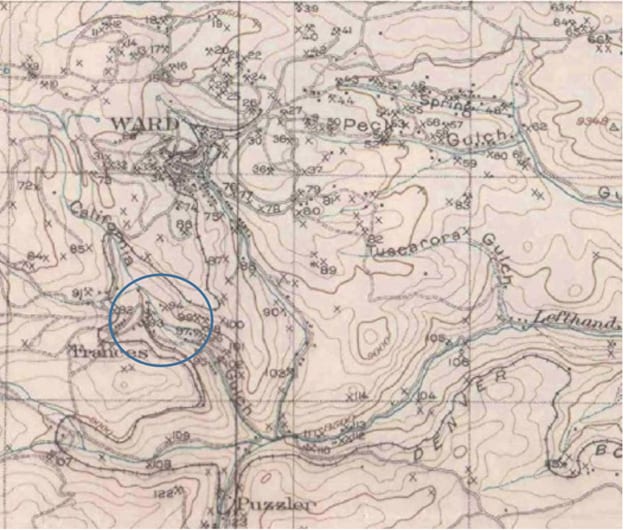 The numbered pick-axe symbols are mine locations. Captain Jack Mine is circled. All the connected tunnels daylight (exit the ground surface) at the Big Five Tunnel exit. Read more about the Big Five Mining Company and associated mines Here. 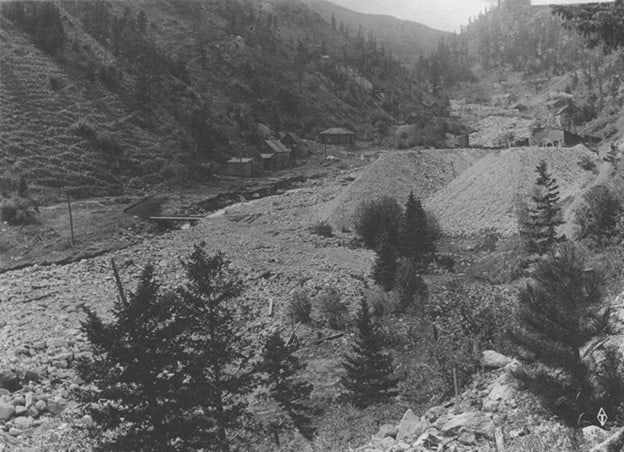 Left Hand Creek flows down California Gulch through the White Raven Mine just downstream of the Captain Jack Mine. Large waste rock tailings are seen to the right of the creek. Circa 1918. 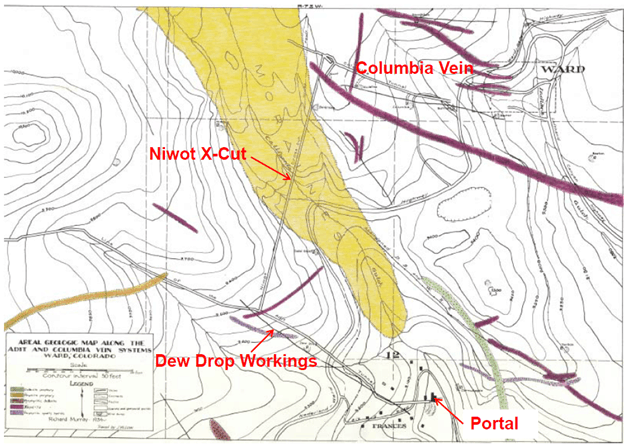 The inner mine workings associated Captain Jack Big Five Tunnel (portal). Notable mine connections are noted in red. Today, much of the acid mine drainage treated at the Captain Jack site is an accumulation of water from a network of these mines and tunnels.