Water quality issues were likely occurring since mining began in the area. By 1938, the Left Hand Ditch Company formed a Pollution Committee and filed suit against some of the mines for damage to the creek. Acid mine drainage (AMD), commonly called Yellow Boy because if it’s orange- yellow appearance, caused vegetation and aquatic life in and near the creek to disappear. There were also accounts of horse fatalities. Yellow Boy is often highly acidic and laden with metals, including iron from the pyrite in ores. When the mine water reaches a pH of about three, iron will precipitate out of solution. The particles of iron create the yellow-orange appearance. Yellow Boy can be in indication of AMD and poor water quality that is toxic to fish, wildlife, and potentially humans. 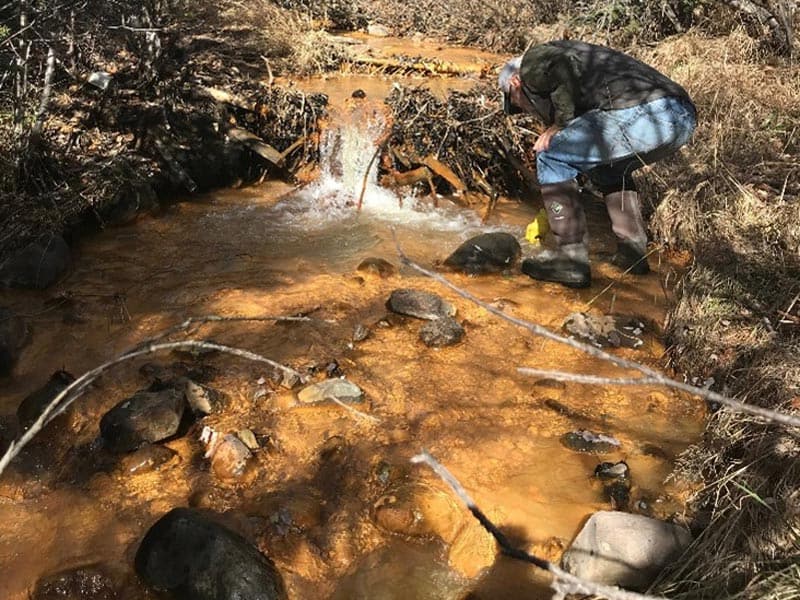